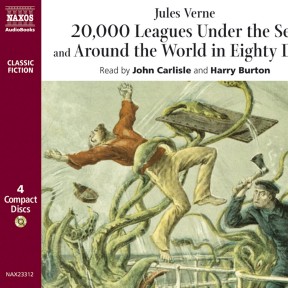 20,000 Leagues Under the Sea, Around the World in Eighty Days

The year is 1866. The maritime world is gripped by fear after reported sightings of a huge and terrible sea monster. Monsieur Aronnax, a distinguished Professor of Natural History, pronounces the creature to be a giant narwhal and is invited to join an official expedition to track down the beast. But Professor Aronnax is proved wrong; the beast is not of the natural world, but a huge submarine. To take on the bet – to go around the world in eighty days, faster than anyone had gone before – was madness. If Phileas Fogg missed a single connection he would lose £20,000. Phileas Fogg was an eccentric Englishman who lived a quiet ordered life and believed that, with technology and planning, nothing was unforseeable. But he could not plan for the ebullient nature of his French servant, Passepartout, for the adventures that crop up on their journey and for the totally unexpected collision with romance. The humour and freshness of Verne’s writing – vivid despatches from a newly accessible world – make these works the ideal subject for an Audiobook. 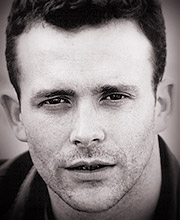 Harry Burton is a highly versatile actor. A familiar figure in British theatre, in London’s West End and the Fringe, he has become equally known for taking leading operatic roles including Mozart (Figaro and Leporello) and Rossini (Dandini) at the South Bank, the Vienna Festival and on TV. He is also regularly seen on TV in programmes as varied as Soldier, Soldier and Pinter’s Party Time. 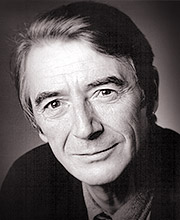 John Carlisle is a familiar figure on the British stage. He has been a member of the Royal Shakespeare Company for over a decade where, as an Associate Artist, he has taken a variety of key roles in classical drama from Shakespeare to Chekhov, as well as in twentieth-century works. He has also been seen regularly on television.