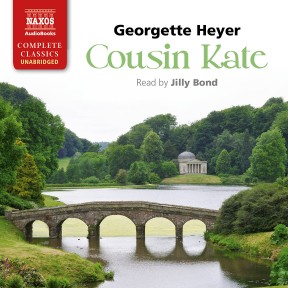 When young and beautiful governess Kate Malvern finds herself unemployed, she is taken in by Minerva Broome, the aunt she has never met, and whisked away to the majestic country home of Staplewood. However, things are not as they seem: strange things start to happen in the manor and Staplewood soon turns from an inviting stately house to a cold and gloomy mansion with a dreadful secret! One of Georgette Heyer’s later novels, Cousin Kate sees the author take a more experimental turn as she blends the Regency romance genre with the suspenseful style of Gothic horror. 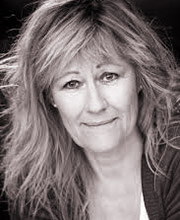 National Theatre actress Jilly Bond has read over 220 audiobooks in 15 years. Her award-winning recordings include Bertie, May & Mrs Fish, which was an Observer ‘Audiobook of the Week’ and Journeys through Italy, a Sunday Times ‘Audiobook of the Year’. She has utilised her knowledge of European languages for books set in World War II Germany, Russia and France, including Helen Dunmore’s The Siege and The Betrayal. Cousin Kate is her first recording for Naxos AudioBooks.

Invited by her late father’s half sister for a long visit, unsuspecting Kate Malvern arrives at the estate of Staplewood and swiftly becomes entangled in a lurid and dangerous plot. Narrator Jilly Bond creates multiple distinct characters within the large cast, all with discernible classes and personalities. Lady Broome is voiced in an appropriate contralto while Mr Nidd’s sweeping monologues are as engaging as they ought to be. Distractingly (sic), the tempestuous Torquil Broome sounds rather like a munchkin when angry, which detracts slightly from the ominous atmosphere. While Bond handles most conversations capably, the most pleasurable moments are Heyer’s rich descriptions of settings, furnishings, clothing and personalities. Bond navigates the author’s intricate yet precise clauses with perfect pacing.