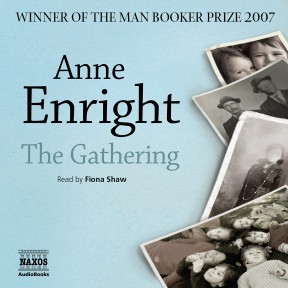 The nine surviving children of the Hegarty clan gather in Dublin for the wake of their wayward brother Liam. It wasn’t the drink that killed him – although that certainly helped – it was what happened to him as a boy in his grandmother’s house, in the winter of 1968. His sister Veronica was there then, as she is now: keeping the dead man company, just for another little while. The Gathering is a family epic, condensed and clarified through the remarkable lens of Anne Enright’s unblinking eye. It is also a sexual history: tracing the line of hurt and redemption through three generations – starting with the grandmother, Ada Merriman – showing how memories warp and family secrets fester. This is a novel about love and disappointment, about thwarted lust and limitless desire, and how our fate is written in the body, not in the stars. 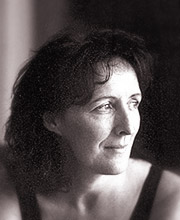 Fiona Shaw has won the Olivier Award for Best Actress four times, as well as a clutch of other awards, for her roles in As You Like It, Electra, The Good Person of Sichuan, Hedda Gabler, and Machinal. Her interpretation of Richard III was widely acclaimed, as is her work in films such as My Left Foot, Jane Eyre, and Anna Karenina. She also plays the Nurse in Romeo and Juliet and Lady Macbeth in Macbeth  for Naxos AudioBooks and reads Alice’s Adventures in Wonderland  and Through the Looking-Glass.

When writers linger on close encounters of a genital kind it can make for tough listening. Anne Enright is undoubtedly a writer whose work, like that of James Joyce, is intensified by hearing it aloud. Fiona Shaw’s mesmerising reading of her 2007 Man Booker prize novel The Gathering is a tour de force.

But the story is a tough one to take: we are lodged in the anguished head of a frequently drunk, sexual obsessive whose too-tidy world is imperfectly papered over her muddled memories of childhood. The tipping point that forces her to confront her ill-starred Irish family and to revisit and reinterpret her past is the suicide of the charming waster of a brother who shared its horrors with her. Not, then, a cheerful earful, with overtones of the woodshed in Cold Comfort Farm, but one that lovers of deft word-handling and searingly truthful exposure of human frailty may enjoy sipped in small doses (to leave time for reflection), perhaps when alone.

So accustomed have I become to having to wait months, sometimes even years, for the latest Booker prizewinner to come out, that I couldn’t believe my luck to find this up there on the shelves in my local library, alongside the Christies and Coopers, Trollopes and Taylor Bradfords. A good 75% of my library’s talking book selection are popular novels by women writers. At the last count there were only two books, The Ghost Road and The Blind Assassin, by the six women who have won the Booker in the past twenty years. Such are the vagaries of audio publishing that two of last year’s entries, On Chesil Beach and Mr Pip, came out on CD before they had even reached the shortlist.

Enough griping. The Gathering is here and we print-intolerant book lovers should be grateful to Naxos – first, for being so previous and second, for having the nous to get the incomparable Fiona Shaw to read it. Frankly I’m not sure I’d have lasted the course without her subtle, humorous, sensitive reading. If you like deeply depressing family sagas awash with skeletons in cupboards, drunks, misfits, children screwed up by religion and sexual abuse, you’ll enjoy The Gathering. The narrator – Veronica, 39, former shopping journalist, married to a successful banker – is number seven of twelve Irish children: Midge, Bea, Ernest, Stevie, Ita, Mossie, Liam, Veronica, Kitty, Alice and the twins, Ivor and Jem. Far from being a happy family who could field their own football team plus reserve, with the exception of Jem they’re a mess. Liam’s suicide prompts the family to gather and Veronica to delve deep into its unhappy history. Beautifully written, brilliantly read, but I still think Mr Pip should have won the Booker.