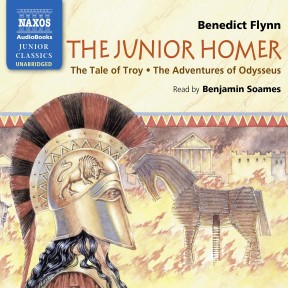 There was once a time, nearly four thousand years ago, when the tall towers of a city called Troy reached gleaming into the sky; when its proud king fought against an invading army in a desperate siege. The Tale of Troy was so important to the ancient Greeks that its author, Homer, became a kind of hero. The Adventures of Odysseus is the story of what happened after the Trojan War when Odysseus, the most cunning of all the Greek heroes, left Troy and made his way back to his wife Penelope and his son Telemachus. It was first told by a poet named Homer nearly three thousand years ago. These exciting versions of the famous stories are retold especially for eight- to thirteen-year-olds.