A Year of Audiobook Originals

I think I am right in saying that Naxos AudioBooks is virtually the only dedicated audiobook label that consistently produces new texts specifically for the spoken word medium. The main publishing houses, understandably, take their top releases and transfer them to audio; and those attached to radio can draw on the output of the stations, be it drama, comedy or non-fiction programmes. 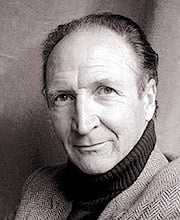 But there has always been a creative impulse here which has balanced our (largely) classic output. It began in our junior range, with new retellings of stories such as King Arthur and the Knights of the Round Table and Tales from the Greek Legends, but then the programme expanded to take in adult non-fiction. I have always felt that there is a special skill in writing works principally to be heard rather than read: there is a need for greater clarity and a more direct expression than a script intended from the start for the written page.

On looking back over the last 12 months, it seems to me that 2011 has been a particularly fruitful year for new texts. Two have come from the prolific and erudite pen of Peter Whitfield. He has a knack for taking big subjects and providing clear overviews – but with insight. He marked the 400th anniversary of the King James Bible with The Story of the Bible (2 CDs), a fascinating look, not just at what has become known as the Authorised Version, but at the Bible itself – how it emerged, what is in it, its purpose and use, and the proliferation of translations.

That was released in February, and in November came an even more ambitious subject, The History of Western Art. It may seem counter-intuitive to review art on audiobook, but Peter Whitfield makes the whole subject come alive as he tells the story from cave paintings to the present day. Across five hours of text, with Sebastian Comberti reading, Whitfield gives us a clear perspective of the development of art, whether he is discussing ancient Greek vases or surreal canvases. Even more, he offers insights into what the artists were trying to achieve and why: he rarely restricts himself just to the facts, which is why his writing is so especially interesting. 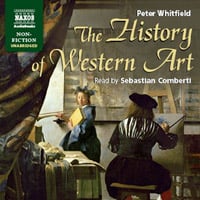 There was a further addition to the In a Nutshell series. After Darwin, The Renaissance, (two more Whitfield texts), Afghanistan, Tibet, Cathedrals, Karma and Rebirth, Confucius and The French Revolution, came, in May, Napoleon, written by the historian Neil Wenborn and read by Roy McMillan. Napoleon remains an influential figure even in the 21st century, especially in terms of the Code Napoléon and his political vision for Europe – for all the fact that it was intended to be subject to French domination!

There has also been a series of entertaining and informative new junior audiobook originals. David Angus, who has contributed many titles, from Ballet Stories to Great Explorers, turned his focus to the extraordinary tale of The Vikings. He charts the growth of their influence over centuries from the time when they first sallied out from Scandinavia as raiders and gradually changed to becoming traders and settlers across the broad spectrum of Europe.

And Roy McMillan tackled Pirates!, which explained to younger listeners that the phenomenon has a much longer and wider history than the familiar image of a man with an eye patch, a peg leg, and a parrot on his shoulder!

Finally, we were very pleased to launch our first collection of new ghost stories for younger listeners – The Clumsy Ghost and Other Spooky Tales, by Alastair Jessiman and other writers familiar to Naxos AudioBooks followers! These seven stories set out to entertain with a bit of a chill – and, so the reviewers say, have succeeded!

So it is with a touch of immodesty that I highlight these audio originals of 2011, and commend them to your gifting thoughts!