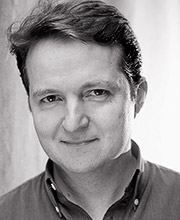 Charles Armstrong’s theatre work includes productions for the Royal Shakespeare Company and the National Theatre. He was in the West End production of Round The Horne… Revisited. His television and film credits include Holby City, EastEnders, Head Over Heels, Poirot, The King’s Speech and The Navigators. He has also recorded numerous voiceovers and was part of the BBC Radio Repertory. His audiobooks include Tony Blair – A Journey and Paradise News by David Lodge.