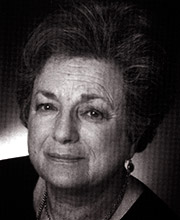 In an acting career stretching over six decades, Jill Balcon has appeared on stage, television and in films. However, she has worked extensively in the aural medium – with literally thousands of BBC broadcasts and sound recordings. She was in the first 1948 radio version of Virgil’s Aeneid translated by her late husband, C. Day Lewis, so it was a special event for her to return to the studio to participate in this new recording for Naxos AudioBooks. Among her many other sound roles in recent years have been appearances in A Winter’s Tale and Dombey and Son, and an audiobook recording of Austen’s Northanger Abbey.