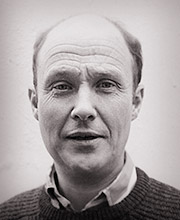 Robert Benfield played the role of Perks in the hugely popular stage version of The Railway Children at the Wolsey Theatre, Ipswich, with which he has had a long association. He has also performed in theatres nationwide, including Scarborough’s Theatre in the Round and the Greenwich Theatre.