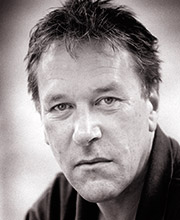 Tim Bentinck trained at the Bristol Old Vic Theatre School where he won the Carleton Hobbs radio award, subsequently joining the BBC Radio Rep. He is a successful voice-over artist with Crouching Tiger, Hidden Dragon and the World Is Not Enough among his credits, as well as appearing in regional, fringe and West End theatre. His TV credits include By The Sword Divided, Square Deal, Made In Heaven, Strike Force, Casualty, The Bill, Prince Among Men, and Enigma. On radio he plays the part of David in The Archers. For Naxos AudioBooks he has also read the parts of Francisco and the Boatman in The Tempest and reads A Very Short Introduction to the Classics.