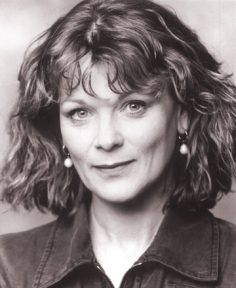 Samantha Bond is one of Britain’s best-known actresses. She trained at the Bristol Old Vic and has since been active in theatre, television and film. Theatre credits include Rubinstein’s Kiss at the Hampstead Theatre, Amy’s View at the National Theatre, West End and Broadway, and A Woman of No Importance at the Haymarket Theatre. She has appeared in Midsomer Murders and Inspector Morse, as well as in several BBC period adaptations, including Mansfield Park and Fanny Hill. She also starred as Miss Moneypenny in several James Bond films.