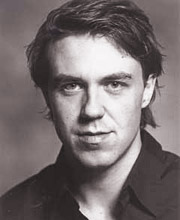 Andrew Buchan graduated from RADA. His television appearances include Garrow’s Law, Jane Eyre, Cranford, Party Animals and The Fixer. He has appeared in Nowhere Boy and his theatre productions include Richard II, The Man Who Had All The Luck and Romeo and Juliet.