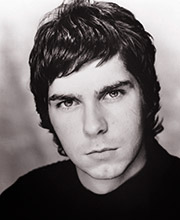 Gerard Carey trained at the Mountview Academy of Theatre Arts. He created the role of Robertson Ay in Cameron Mackintosh’s production of Mary Poppins at Bristol Hippodrome and in the West End at the Prince Edward Theatre. Gerard recently played the role of Smee in Peter Pan at the Birmingham Rep, previous roles at the Rep include the Munchkin Mayor in The Wizard Of Oz and the White Rabbit in Alice In Wonderland. Television credits include Torchwood  and Lovesoup.

Titles read by Gerard Carey
The Merchant of Venice (unabridged)