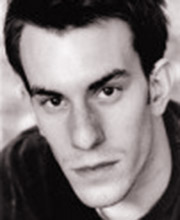 Pip Carter trained at RADA and has worked regularly at the National Theatre, appearing in The Cherry Orchard, The White Guard, Gethsemane, Never So Good and Present Laughter. His film credits include The Eagle and Robin Hood, and on television he has appeared in Henry IV, Neverland, Christopher and His Kind, Lewis, John Adams and Party Animals.