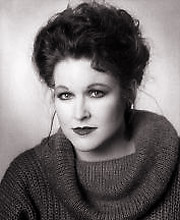 Kim Criswell is one of the most exciting performers of our time. She has appeared extensively in musicals on Broadway, Los Angeles and London’s West End. She won a Helen Hayes Award for Side by Side by Sondheim and an Olivier nomination for Annie Get Your Gun. She has made over twenty-five recordings including Annie Get Your Gun, Wonderful Town (with Simon Rattle), The Lorelei, Anything Goes, On the Town, The Slow Drag, and her TER solo album Back to Before. Her recital duo with Wayne Marshall is internationally acclaimed through performances throughout Europe including La Scala, Milan.

Titles read by Kim Criswell
The History of The Musical (unabridged)