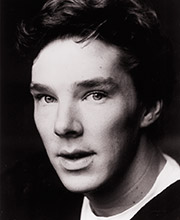 Benedict Cumberbatch played the title role in Hawking for the BBC, which is a film about the early life of the genius Stephen Hawking. Other credits include appearing in Lady From The Sea at the Almeida Theatre and the lead in a BBC film Dunkirk.