And so another year begins! For the sixteenth time, I look over the new releases of the coming months – and it remains a curiously exciting event, even though the Naxos AudioBooks team has been preparing for it months, preparing the texts, choosing and booking the readers, editing, mastering… and occasionally regretting the fish that got away!

Preparing a year’s programme, with a list based on the classics (but diverging when something interesting or slightly off-piste comes our way) is an immensely busy but stimulating business. And this is the case despite the fact that I am currently reading one of my Christmas presents, Seneca’s On the Shortness of Life. He exhorts against busyness and preoccupation, as opposed to reflection and being in the moment… 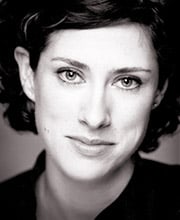 Nevertheless, without preparation, foresight, and a bit of enterprise larded with a soupçon of good fortune, the future list would not happen. And when I look at the first six months of this year, I don’t mind trading a bit of a ‘shortening of life’ for it… a conclusion which I draw every time!

Two great anniversaries colour 2010 for Naxos AudioBooks: Elizabeth Gaskell was born in 1810, and Leo Tolstoy died in 1910 – and there can scarcely be two more differing nineteenth century novelists.

Clare Wille made such an impression with Gaskell’s Cranford that she was clearly the ideal reader for North and South which we issue in February in abridged and unabridged formats; and Patience Tomlinson shows her mastery of characterization and pace in Wives and Daughters which is released in March. Finally we introduce a new reader, Joe Marsh, who presents the charming tale of Cousin Phillis (May).

With Neville Jason’s reading of War and Peace unabridged already one of the pillars of our catalogue, we have chosen to present a new unabridged recording of Anna Karenina, read by Kate Lock as the Tolstoyan highlight of our year (March); and we are accompanying it with two shorter works, The Cossacks (February) and The Kreutzer Sonata (June) both read by Jonathan Oliver.

But we start the year with a very different sound and fury. The terrible Balkan conflict at the end of the twentieth century scarred millions of lives and there is no finer literary tribute than Steven Galloway’s The Cellist of Sarajevo based on the true story of a musician who played Albinoni’s Adagio in the rubble of the town to commemorate a particularly tragic event – the death of 22 people waiting in a queue for bread. 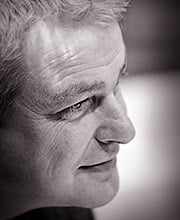 We present this moving novel in a way only audiobooks can do, with the music that was played at the time. The English cellist Sarah Butcher divides her time playing with the London Mozart Players, Glyndebourne Opera and her own ensemble The Chamber Players; but the observant among you will see she is also one of the main editors for Naxos AudioBooks, working particularly on projects that involve music. Here, she recorded a solo cello arrangement of Albinoni’s Adagio making the Gareth Armstrong reading even more affecting.

Don’t miss her comments on the effect music has in general, and on this book in particular.

For a very different, uplifting experience, we offer two titles at the start of the year. I urge you to have fun with Flanagan’s Run, Tom McNab’s entertaining novelisation of the 1930s TransAmerica run (from Los Angeles to New York) told with immense flair by vocal prestidigitator Rupert Degas (coming in February).

You can start (this month!) with Bulldog Drummond, the character created by Sapper in the 1920s that made The Saint and James Bond possible. It is read with great flair by Roy McMillan – and will be the first of a series featuring this post-World War One hero with assails baddies with vim and derring do.

So, Seneca, what can I say?