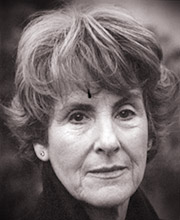 Susan Engel has had a varied and accomplished career in the theatre, performing on many occasions for the Royal Shakespeare Company, and Royal National Theatre. Among her West End credits are An Inspector Calls, Three Sisters and Hamlet. On TV she has been seen in Kavanagh QC and Inspector Morse and her film credits include Damage and Peter Brook’s King Lear.