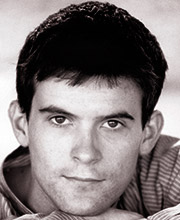 Nick Fletcher began his career in Henry V and A Chaste Maid in Cheapside at Shakespeare’s Globe. Other theatre work includes A Difficult Age for English Touring Theatre, seven plays at the Orange Tree in the ’98/’99 company and Silence at the Birmingham Rep. Also, After The War for Granada TV. He has also read Twelfth Night for Naxos AudioBooks.