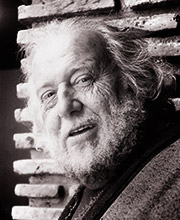 Roger Hammond trained at RADA. His theatre credits include The Madness of George III in London, America, Jerusalem and Athens, The Cherry Orchard, The Duchess of Malfi in Chicago and Tis A Pity She’s a Whore with the Royal National Theatre and Lady Windermere’s Fan at The Haymarket Theatre. His film and TV work includes The Madness of King George, Richard III, Orlando, and Edward II, As You Like It, Sixth Happiness, and Around the World in Eighty Days.