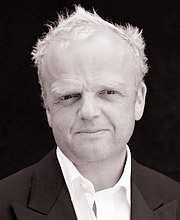 Toby Jones is a well known face in television, film and theatre. Films include Frost/Nixon and The Painted Veil and he has appeared in Doctor Who and Tom Hooper’s Elizabeth I. He has performed in numerous plays including The Play What I Wrote, for which he won an Olivier award for Best Supporting Actor.