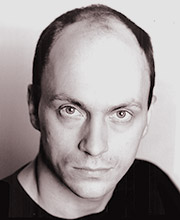 Will Keen’s theatre credits include The Duchess of Malfi, The Tempest, Antigone and Dido, Queen of Carthage, as well as playing the title role in Macbeth and De Flores in The Changeling, both directed by Declan Donnellan. His television credits include Foyle’s War, Wired, Casualty 1907, The Colour of Magic, Holby City, Murphy’s Law and The Bill.