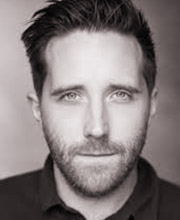 Joseph Kloska was born and raised in North Cornwall. He studied History and French at University College London and then attended RADA. He won the BBC Carleton Hobbs Radio Award in 2006 and has appeared in over 100 plays, readings and live broadcasts for the BBC. He has worked extensively in theatre, television and lm; recent work includes the film The Riot Club and theatre performances for the Arcola Theatre (The Cabinet of Doctor Caligari, Moby-Dick), the Orange Tree Theatre (It Just Stopped) and the Royal Shakespeare Company (The Christmas Truce).