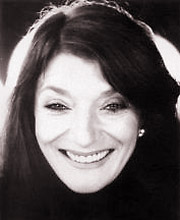 Jane Lapotaire’s career has encompassed major roles in the theatre, TV and film, during which time she has twice won the Variety Club of Great Britain Award for Best Actress, as well as The Society of West End Theatre Award, the Plays and Players Award and a New York Tony Award. With the RSC, she has played Gertrude opposite Kenneth Branagh in Hamlet and Mrs Alving in Ghosts. Her films include Anthony and Cleopatra, Surviving Picasso and Shooting Fish. She is Honorary President of The Bristol Old Vic Theatre Club and has been President of The Friends of Shakespeare’s Globe since its relaunch in 1996.