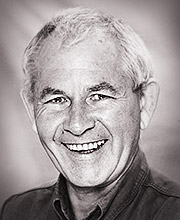 Don McCorkindale has performed numerous leading roles during a theatre career which has taken him all over the world. His roles have included Prospero in The Tempest and Rosencrantz in Rosencrantz and Guildenstern Are Dead. Other plays include Shiver Breathing at the Royal National Theatre and The Mousetrap in London’s West End. His TV credits include Edwin Drood and Coronation Street and he often records for BBC Radio.