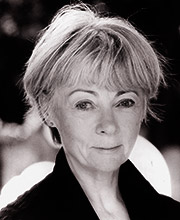 The distinguished career of Geraldine McEwan is grounded in classical drama, with the RSC and the National Theatre. She won the Evening Standard Best Actress Award for Lady Wishfort in The Way of the World. She directed the successful production of As You Like It for the Renaissance Theatre Company. Her many television appearances include The Prime of Miss Jean Brodie, Oranges Are Not The Only Fruit, and guest appearances on French and Saunders and The Rory Bremner Show.