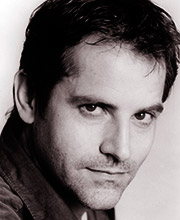 Matthew Morgan was a member of the BBC Radio Drama Company, appearing in The Archers, The Starving Girl and many other programmes. His theatre appearances include How The Other Half Loves, Bedroom Farce, Barnaby, Old Boys and An Enemy of the People. His many television credits include The Bill, Hollyoaks, The Brittas Empire, Eastenders, Grange Hill, Perfect Scoundrels and Trail of Guilt.