The mother ship of Naxos AudioBooks is Naxos, the classical music label. To give it its proper place, it is the world’s leading classical music label, in the sense that it has the largest available catalogue and releases more new titles a month – around 30 – than any other, even the long-established names. 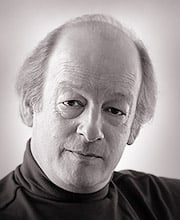 So it is not surprising that there is a continuing thread of music in Naxos AudioBooks. This is partly seen by the use of classical music in so many of our titles – effectively used, music can enhance an audiobook in much the same way music is used in films. Of course, injudicious use of music is only a distraction. Last week, I listened to a popular English crime novel from another company (gym listening). It was well read and engrossing until right at the end when, as the denouement approached, there suddenly began to appear, under the voice – for the first time in seven hours of listening – some orchestral music. It was, frankly, risible. It was like someone holding up a placard saying: ‘WAIT FOR IT…DENOUEMENT!’, or, more probable, ‘FINAL EXCITING BIT COMING’. The listener (in this case, me) was deep into the story, and suddenly music diverted the attention, which actually diluted the ending. It was a lesson in how not to use music in audio.

Occasionally I get emails from listeners who don’t like music at all, no matter how appropriately it is used. That is a matter of taste, and generally, for unabridged books, we don’t use music.

But when it is a biography of a composer, audiobooks score over traditional books. This year marks the 200th anniversary of the birth of Franz Liszt, the greatest piano virtuoso of the mid-19th century, and an adventurous and far-seeing composer. In the 21st century, we are accustomed to a divide between composers and instrumental virtuosos – we have to go back to Sergei Rachmaninov and Sergei Prokofiev to recall that it was normal for lions of the keyboard to write their own music, in the tradition of Mozart, Beethoven, Schumann, Chopin and Brahms. There was a vast collection of pianists/composers in the 19th century who went around Europe wowing audiences by using their own piano compositions to display their performing talents – Hummel, Ries, Moscheles, Pierné, Scharwenka, Kalkbrenner. Their music varies but it is often entertaining and good fun, which was what it was designed to be. They varied as people also. The German pianist Friedrich Wilhelm Kalkbrenner (1785–1849) has been described as a pianist and composer of colossal vanity, who once said to Chopin (!) ‘After my death, or when I stop playing there, will be no representative of the great pianoforte school.’

Liszt, greater in every department, would never have even thought that, let alone said it. Composers differ in their personalities, but Liszt, or Abbé Liszt as he became, seemed to be an individual who commanded respect, as Jeremy Siepmann explains in The Life and Works of Franz Liszt. Siepmann’s Life and Works series presents eleven audio biographies of the major classical composers, with many musical extracts illustrating the key steps. They are, without exception, fascinating. Often we know the composers’ works and have a brief idea of their lives, better than we know their personalities. Siepmann corrects this with letters and writings of the composers and their contemporaries so that we can hear what they actually said and what they thought.

So, was Liszt, famed for his extraordinary pianistic abilities and a charisma at the keyboard that made ladies faint, a true equivalent of our popular stars? Not according to Siepmann – he was generous, thoughtful, and pushed music (not just keyboard technique) beyond the boundaries of key and structure; without Liszt there would have been no Wagner and no Debussy, perhaps even no Schoenberg.

Music poured out of Liszt, so the complete Liszt piano works is quite an undertaking for any record label – Naxos is working away at it! You can start with a short piece work such as the affecting Consolations No. 3, or pin back your ears for the stupendous B minor Sonata. Or prepare the way (or learn more) with The Life and Works of Franz Liszt.