Readers come out of the studio

We have a rather different view of the actors who read for us than do the general public who see them on screen or stage. The actors vary of course, but most mosey into our studio dressed casually – jeans with a comfortable (quiet, non-rustly!) top, and settle down in front of the microphone with their script. 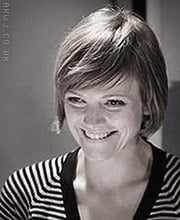 A few come in wearing something outrageous – perhaps that is the way they always dress, or perhaps they want something to liven up an inevitably somewhat grey studio environment. I have had a few representatives of the older end of the profession who come in smartly attired with shirt and tie and a script neatly tagged and marked to match. At the other end of the spectrum are actors who have managed to get to the studio – but are wearing different shoes and have forgotten their script. You get my drift. You get all types. Almost everyone, however, is on time. Like musicians, I find actors largely a punctual lot.

Of course, we do take the opportunity to see them on screen or stage and it is always interesting. When Maxine Peake came in to read Lady Chatterley’s Lover, she was informal, friendly, chatty. Professional of course, but oh so normal. But the other day I went to see her play the female lead in Loyalty at the Hampstead Theatre, Sarah Helm’s new play about the duplicity of Blair and co. during the run-up to the Iraq war. It was an absorbing portrait of how power and the lack of integrity affects the course of history… all the more affecting because this is what we lived through.

I found myself on the one hand getting angry by the way Britain was taken into the war and on the other hand admiring the unquestionable charisma and dramatic presence of Maxine Peake. Each time she came on stage all eyes turned to her and largely stayed with her, even when the main activity was elsewhere. It is a theatrical power exercised by relatively few, but she has it, and curiously it transmits itself on TV (as attested in Silk where she played a barrister – and by the way, I can reveal there will be another series coming); or on stage, or in a radio play or an audiobook reading. 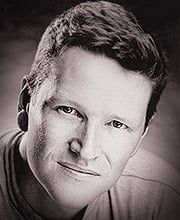 Toby Jones also has it. He plays Mephistopheles in the recording of Goethe’s Faust which we release in October, and from the opening moments you will see his ineffable characterisation makes a distinct impression. Delightfully quirky! He produced a different yet very distinctive character on film when playing the servile scientist, Dr Arnim Zola in Captain America. It was a real schlock of a film, but diverting to see not one but two Naxos AudioBooks readers in the same title on the big screen. There was Richard Armitage – but in a ‘baddy’ role – a far cry from the actor we know and admire for his presentation of pastiche Regency romances. There was Richard shooting people and driving a car wildly through the streets trying to mow down the hero. But we know him as a man who quietly, and generally on a Saturday, slopes in to read a Georgette Heyer and entertain thousands of his followers around the world.

In fact, they pop up everywhere. Anton Lesser and Juliet Stevenson were at RADA together many years ago and have appeared onstage together on many occasions. They are both in the UK TV programme The Hour… and again, listeners who follow their exceptional work for Naxos AudioBooks may be surprised to see the different characters they display on screen. Anton so often plays unsympathetic characters – he played a particularly unpalatable nasty in the period TV drama Garrow’s Law. Yet we know him as the reader who is loved by many audiobook aficionados for the deep understanding he brings to whatever he reads, from Dickens to Sterne. 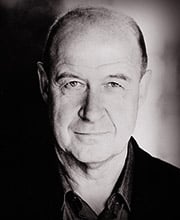 Also on stage in Loyalty was Stephen Critchlow, playing a civil servant in No 10 Downing Street – a far cry from the classic horror he has read for us! Jonathan Keeble, he who read books from Lorna Doone to Black Beauty, is the Earl of Lancaster in Christopher Marlowe’s Edward II at the Royal Exchange, Manchester this month; David Horovitch (The Good Soldier Švejk) is currently in rehearsal for the new Mike Leigh play opening at the National Theatre on 14 September, experiencing Leigh’s exploratory form of drama. And so it goes on.

In fact, I recommend that if you have a favourite reader, you look out for their appearances on TV, film or the stage. It may come as a surprise because they may be totally different from their persona on audiobook. But that is what acting is all about. And there is no reason why, if you do catch them on stage, you shouldn’t take a prized audiobook and ask them to sign it. Many actors love recording audiobooks, but they rarely have the chance to meet with their audience.

After the show of Loyalty I went to, a number of well-wishers asked for Maxine’s autograph as she came out, proffering a programme. And there were friends of hers – actors, directors, producers – who joined her for a glass of wine afterwards. But no one came forward with a copy of her recording of Lady Chatterley’s Lover! However, I know she would have been particularly delighted!