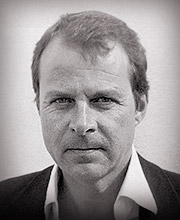 Carl Rigg trained at The Central School of Speech and Drama before working extensively in theatre for the RSC and in repertory. His numerous TV appearances include Softly Softly, Emmerdale Farm and Squadron. Film credits include The Body Snatchers and The Living Daylights. He is also an experienced scriptwriter.