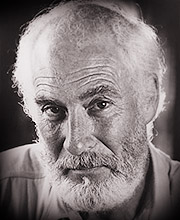 Christopher Robbie trained at RADA and played many leading roles around the country before becoming a television presenter for twenty years. Since his return to the stage he has appeared at the Regents Park Open Air Theatre, The Young Vic, the Bristol Old Vic and Scarborough’s Theatre in the Round.

Titles read by Christopher Robbie
The Vicar of Wakefield (abridged)