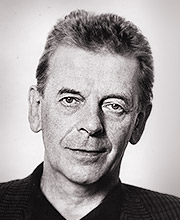 John Rye has performed in The Merchant of Venice, Cymbeline, Henry VI and A Funny Thing Happened on the Way to the Forum, in London’s West End, as well as The Comedy of Errors for the Royal Shakespeare Company. His television appearances include The Bill and Spycatcher.