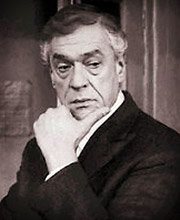 In the 1940s Paul Scofield played at the Birmingham Repertory Theatre and at Stratford-upon-Avon. He has appeared in innumerable plays in London, seasons with Sir John Gielgud and with Peter Brook and starred in A Man for all Seasons in London and New York; for its film version he won an Oscar. Appearances in films, television and radio. CBE in 1956. Companion of Honour 2001. He performs the title role in the Naxos AudioBooks’ production of King Lear.