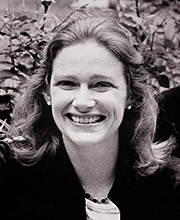 Rosalind Shanks began work in radio drama after winning the Carleton Hobbs Award. She has taken part in over 2,000 broadcasts, playing a great many leading roles including Desdemona to Paul Scofield’s Othello, and has read many times on ‘Poetry Please’ and ‘With Great Pleasure’. After leading roles in repertory she appeared at the National Theatre and also in the West End with Judi Dench directed by John Gielgud. She toured the world in Shakespeare’s People with Michael Redgrave. In television she has appeared in Muriel Spark’s The Girls of Slender Means and Mrs Gaskell’s North and South.