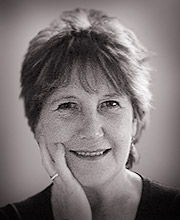 Jill Shilling has worked extensively in repertory and West End Theatre. She has provided the voices for many television cartoon series and radio plays, including Bananaman, Mr Bean, Noah’s Island, and Little Monsters. She has dubbed characters for animated and live action films, and recorded many audio books, including the Horrible Histories series.