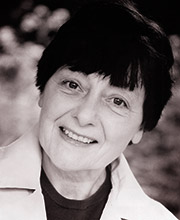 Auriol Smith has played many leading roles including Paulina in A Winter’s Tale touring the USA and Lady Wishfort in The Way of the World at Manchester Royal Exchange. Recent television appearances include One Foot in the Grave and Peak Practice. Her many voice recordings include 40 Years On with Alan Bennett and Losing Rosalind for BBC Radio 4.