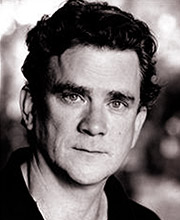 Mark Straker trained at the Central School of Speech and Drama. Theatre credits include Anna at Greenwich, Soloman and Rough at The Royal Court and national tours of The Real Thing. Extensive work for BBC Television includes Spooks, Eastenders, and Doctor Who. Mark’s feature films include Batman Begins. Mark has recorded many audiobooks and he has performed in around 700 radio plays, including playing Ferdinand in The Tempest with Sir John Gielgud and Malcolm in Macbeth with Ian Holm.

Titles read by Mark Straker
The Merchant of Venice (unabridged)