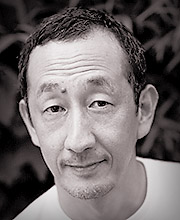 Takashi Sudo was born in Tokyo and, in 1977, he moved to London where he worked as a designer on many prestigious commercial and domestic projects. In 1991 a friend introduced him to voiceover work and he has now become one of the principal Japanese voiceover artists in the UK. He currently works from his own production company in North London.