This is the catchphrase of the month. Summer listening, summer reading… buy those books for the beach or for those lazy, hazy days on the lounger in the garden of the villa, or for walking through the sunny countryside.

Well, I have just experienced exactly that. I went to Sicily (which I recommend unreservedly), starting with two days of distressed palazzi and decaying churches in Palermo, then eight days self-catering in a remote valley, seemingly resonating with the aroma of the lime trees in bloom. And with me came books: books on my Kindle, audiobooks on my iPhone – our own and others. With space opening up for discursive reading, I wanted to be prepared for every literary whim. It is always like that when preparing for holidays.

But increasingly I have found it curiously disjointing to be in rural, ancient Europe while my attention was in downtown Tokyo, nineteenth century England, or the Bronx, for some fast-paced American thriller. The tone was all wrong, the accent was all wrong. I want to be where I am.

Of course, this is not always possible. And it wasn’t for the total duration of this holiday. But I thought a bit more carefully… and took The Leopard. Giuseppe Tomasi di Lampedusa’s requiem – charming, elegant, melancholy though at times very witty as well – – celebrates a Sicily that had virtually disappeared when he was writing in the 1950s. The portrait of the demise of Sicilian aristocracy as Garibaldi brings in a new order is totally engaging, and especially poignant in the reading by David Horovitch. You can picture the prince, his palazzi, the Sicilian countryside and the Sicilian heat, the people and the dogs of the 1860s. You can actually live it if, as in my case, the book is absorbed while among the tired buildings of Palermo or deep in a valley resplendent with a multi-coloured array of wild flowers and hillsides of yellow broom. This is what Don Fabrizio, Prince of Salina, knew so well…

This kind of synergy adds extra perspective to books. I first read John Steinbeck’s Cannery Row a few years ago in Cannery Row… and I am glad that, for whatever reason, I came late to one of America’s most humane of writers. It is now in my car courtesy of the recent Trevor White recording on Hachette, and it transports me from the UK back to Monterey.

Alas, I didn’t have another Sicilian book to turn to, so I picked up a paperback of Aurelio Zen toiling among corruption and murder in Venice – at least I was still in Italy. I should have prepared more thoroughly and brought Blood Rain, which places him in Catania. Next time… and there is always Mario Puzo! 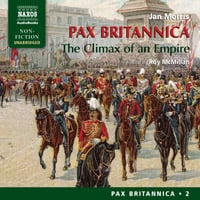 But it is worth making the effort to be in one place, in body and mind. So where do we find ourselves with our new July recordings? Well, if you are stuck in a car in England with rain on the windscreen and freftul children in the back, I can suggest with supreme confidence that you could be having great fun listening to Martin Jarvis reading The Incredible Adventures of Professor Branestawm. The funniest absent-minded professor of all time is truly brought to aural 3D by Martin.

If you are travelling through that quarter of the globe which used to be coloured pink in 1897 – it gives you a broad spectrum – Jan Morris’s Pax Britannica, read by Roy McMillan, can evoke a (glorious?) time past. Her portrait of the British Empire at the time of Queen Victoria’s Diamond Jubilee is one which Don Fabrizio would have been fairly familiar with.

If you are in France, especially if you’re in Burgundy, what better time to catch up with Stendhal’s The Red and the Black, with French expert reader Bill Homewood?

And if you are pretty much anywhere, and have been hooked on Mervyn Peake’s Gormenghast fantasy, then the third of the trilogy, Titus Alone, will help you to absent yourself from this world.

In short, when browsing for summer reading and summer listening, have a thought for where you will be, and harmonise accordingly. For the rest of the year, when we are commuting to work or trudging down on a duty trip, we want to be transported elsewhere. But not on holiday!