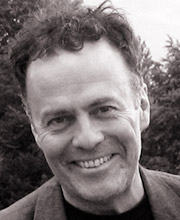 John Telfer has worked extensively in theatre, performing on many occasions for the Bristol Old Vic and Royal National Theatre companies. His numerous television credits include co-presenting Let’s Pretend and five years as sidekick Willy Pettit in Bergerac. In addition to many BBC Radio dramas and short stories, he has played the Reverend Alan Franks in The Archers since 2003, and has read for Poetry Please and Word of Mouth; he can be heard on dozens of audiobooks. A trained musician, he also narrates with the Brodsky Quartet and The Bristol Ensemble.