The Art of Biography – A matter of perspective 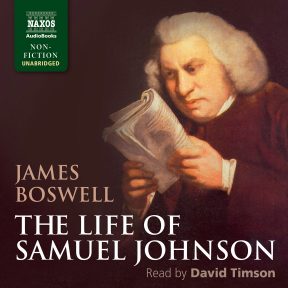 Early in the year, Naxos AudioBooks released recordings of the biographies of two great characters from the eighteenth century. Although the lives of Samuel Johnson and Giacomo Casanova overlapped considerably, it is hard, at first glance, to think of two characters more different: the erudite Englishman Dr Johnson, a man of letters par excellence, best known as the writer of the first English dictionary, and the Venetian adventurer Casanova, famous for his lengthy catalogue of romantic conquests throughout Europe.

Johnson’s personal life was one of frustration: his first wife, twenty years his senior, was a laudanum addict, while his true love Hester Thrale was married to a wealthy brewer, on whose death she married an Italian singer, Piozzi. Johnson cut a somewhat unprepossessing figure. His face was scarred by childhood tuberculosis, his sight was impaired in one eye and he was deaf in one ear; he was afflicted by gout, testicular cancer and hypertension, and displayed odd tics and mannerisms, possibly as a result of Tourette’s syndrome. This seems to be in stark contrast to the buccaneering figure of Giacomo Casanova, the self-styled ‘Chevalier de Seingalt’. In his memoirs, the Venetian recounts affairs with over 100 women, participation in several duels (in one of which he almost lost his left hand) and imprisonment on several occasions – once effecting an audacious escape from the infamous Leads prison in the Doge’s Palace.

And yet this contrast does not tell the whole story. Both men had financial worries throughout their lives. In March 1756 Johnson was rescued from the threat of prison by Samuel Richardson (whose monumental novel Clarissa we will release on audiobook later this year), with the loan of six guineas – it was only in 1762, when he was granted a pension by George III, that he became financially secure. Casanova, with his love of gambling nurtured at an early age, made significant losses at the card tables and often found himself in financial difficulty. He made a fortune from his part in the establishment of the French state lottery, but lost it soon afterwards through mismanagement of a silk factory. His lack of a position or income in 1785 led to him accepting a position as librarian to the Count Waldstein at the Bohemian castle of Dux, where he died thirteen years later. (Contented, he wrote assiduously in that period and produced, amongst other works of fiction, science, philosophy, economics and mathematics, his memoirs.) Nor was Casanova free of health problems… Perhaps unsurprisingly he suffered from several bouts of gonorrhoea – and probably syphilis too. For these he applied his own cure: abstinence and a strict diet. He also seems to have suffered from haemorrhoids, anal ulcers and warts. It should also be noted that Casanova was well read and had memorised the whole of the Latin poet Horace (whom he quotes freely) by heart, and had a very full knowledge of the Italian poet Ariosto. During his lifetime he encountered many leading figures of the day such as Voltaire, Rousseau, Benjamin Franklin, Farinelli, the librettist Lorenzo da Ponte, not to mention monarchs throughout Europe including George III of England, Frederick the Great and Charles III of Spain. Johnson’s own artistic circle is similarly star-studded – Oliver Goldsmith, Fanny Burney, Samuel Richardson and Joshua Reynolds amongst others. 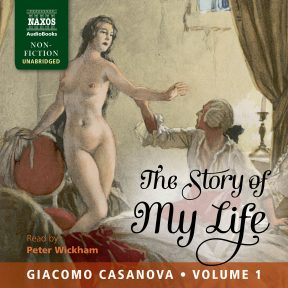 The difference between the biographies of the two men is obvious in that Casanova’s memoirs are by his own hand, while Johnson’s are not. In fact Johnson had suggested that ‘every man’s life may best be written by himself’, and his preferred biographer appears to have been Oliver Goldsmith. A plan to have Goldsmith write Johnson’s biography was thwarted by the former’s death in 1774. Compared to many others, Boswell had not known Johnson long and the relationship seems not to have been without its irritations – Johnson purportedly told the younger man, ‘You have but two topics – yourself and me – and I’m sick of both’. The gestation period for Boswell’s biography was lengthy, with its publication being postponed on several occasions, during which letters and other biographies appeared. Boswell was thorough in his collecting of source material – recollections and letters from those whom Johnson had known – and would trawl through Johnson’s own diaries. Casanova, in writing his own autobiography, seems to have been similarly thorough. However, neither work is without factual error.

Whatever the similarities in methodological approach, the tone of the two works is very different. Casanova’s style is remarkably honest and open, not only in respect of his amorous activities, but in his other dealings, and the explanation of his motivation, lending much credence to his purported last words ‘I have lived as a philosopher and die as a Christian’. On the other hand, Boswell has been much maligned for his supposed ‘toadying’ to Johnson… The 19th-century historian Macaulay, in acknowledging the greatness of the biography, stated that ‘if [Boswell] had not been a great fool, he would never have been a great writer’.

Boswell’s work, on its publication in May 1791, was an immediate commercial success, while Casanova’s memoirs languished unpublished for many years. Happily, we have access to both, with David Timson’s masterful recording of Boswell’s Life of Johnson now available, along with Peter Wickham’s superb voicing of the first part (of three) of Casanova’s The Story of My Life. The poet W.H. Auden once observed that reading is important because it connects us to the past. Nowhere is this displayed to greater effect than in these two works, each of which gives us a rich portrait, albeit through very different characters and settings, of the lives and times of two giants of the eighteenth century.