The Kalevala: A World Premiere 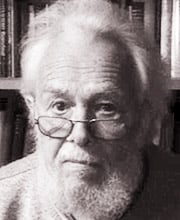 The starting points for our recordings vary considerably. Sometimes it is very clear: the major English-language classics are the bedrock of Naxos AudioBooks, and we realise that it is about time we turned our attention to William Thackeray (two major titles this year) and Anthony Trollope (The Warden comes in April). Sometimes, we know we must continue with a series: our Georgette Heyer recordings continue to prove popular, so I am glad to announce that we have some unabridged Heyer coming towards the end of the year.

Then there are our newly-commissioned texts: the recordings for younger listeners, especially the non-fiction texts that we commission (e.g. Kings and Queens of England, which comes out this month), are very popular, so we enjoy coming up with new ideas – by all means make suggestions!

From time to time, actors, producers, and writers suggest ideas to us, and we listen and consider. On one occasion, some years ago, the distinguished producer John Tydeman rang up and said that Paul Scofield would like to record King Lear for his 80th birthday, and he asked whether we would be interested in doing it! Frankly, I couldn’t say ‘Yes!’ fast enough.

In the early autumn of last year, a more left-field proposal came our way: we were asked if we would be interested in a recording of The Kalevala, the great collection of ancient Finnish tales compiled in the 19th century by Elias Lönnrot. The letter (yes, it came through the post and was handwritten as I recall!) explained that Keith Bosley, the translator of the Oxford University Press publication, had already made a recording and a sample could be sent.

Most of the world sagas are about fighting, but not The Kalevala

I was immediately interested, partly because I think the spirit of old sagas is conveyed particularly well on audiobook and partly because of the Sibelius connection. Though well known in Finland, Sibelius brought The Kalevala to world notice through his various tone poems; however, the words are still not nearly so well known outside their country of origin as the music! To be honest, I had never read them, or even glanced at them.

Swiftly, I responded to Keith and spoke to his wife, Satu Salo, and an interesting story unfolded. Satu Salo is Finnish and, for many years, has been a familiar figure in classical music as a harpist – with Garsington Opera, the RPO BBC Symphony Orchestra and many others. Keith, Buckinghamshire-born, was, for 30 years, a presenter with the BBC World Service, but he is also a poet and an organist!

From early on, he became fascinated by the Finnish language and culture, and (despite its considerable challenges!) he eventually learnt Finnish. He toured many countries, lecturing for the BBC and the British Council on Finnish literature and other subjects.

When his translation of The Kalevala was first published by OUP in 1989, it was immediately acclaimed as being not only accurate but a faithful representation of the heart of the epic.

Yet it was only last year, when his colleague at the BBC World Service, the recording engineer Peter Harris, retired that the two of them got together to record The Kalevala. Running to some 15 hours (on 12 CDs), this was a considerable task for both, especially as their experience at the world service was in much shorter radio programmes! 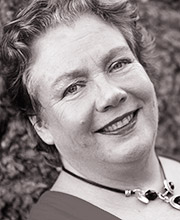 However, their commitment and tenacity sustained them through the hours of recording and editing. It was a labour of love, but also a labour of faith. In the early 19th century, after having been a province of Sweden from the 12th century, Finland had been annexed by Russia, yet, in tune with others in Europe, the people were increasingly beginning to think in nationalist terms.

In his preface to the OUP book, Keith Bosley explains: Lönnrot (a Finnish scholar and district health officer in the eastern part of the country) set out to put in order poems about ‘memorable ancestors’ as the Greeks and the Icelanders had done. He drew on the oldest oral traditions and called it The Kalevala, or old Karelian poems about ancient times of the Finnish people. He worked further on the collection, and soon after his final (much-expanded) edition of The Kalevala appeared in 1849, the work became a rallying flag for national aspirations and is now regarded as Finland’s national epic.

As Satu Salo, who (as with all Finns) grew up with the epic as part of her basic education, explains: ‘Most of the world sagas are about fighting, but not The Kalevala. We have our traditional enemies, the Swedes and the Russians, but there are no national heroes in The Kalevela. There is no fundamentalism. The people are flawed, yes, but they solve their problems through magic.’

There is now growing interest in the recording. The Finnish embassy in London, led by the ambassador, Mr Pekka Huhtaniemi, is supporting the launch of this new recording. He is keen to bring Finland’s national epic to greater international recognition. In England and other countries where there are expatriate Finnish communities, Bosley’s recording is already creating quite a stir. Even in Finland itself, it is the subject of displays in shops and other promotion because this is the first time that the complete work has been available in recorded form.

So the tale of the recording of The Kalevala is one of commitment to a world classic – first of all from the husband-and-wife team (Keith acknowledges the advice and support of Satu who grew up with the work in Finland) and then from the recording engineer Peter Harris. The result is a world premiere of considerable literary significance.