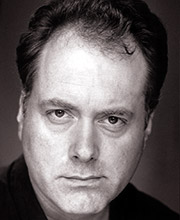 Simon Treves’ recent theatre appearances include The Magistrate, A Midsummer Night’s Dream, Richard III, Charley’s Aunt, A Man For All Seasons, One Flew Over the Cuckoo’s Nest and A View From The Bridge. On television he has been seen in Soldier Soldier, Boon, and By the Sword Divided. His numerous radio performances include The Chronicles of Narnia, The Love of a Good Man, Peter Pan, The Russia House, Riddle of the Sands, and The Wooden Horse.