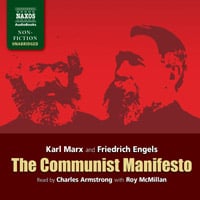 Few documents have exerted such a strong influence on the world than The Bible and The Communist Manifesto. The impact of both generated hope and optimism and caused wars and untold suffering in seemingly equal measure. Here, in the opening Naxos AudioBooks release of 2011 we present both: the original text of the Manifesto created by Karl Marx and Friedrich Engels (in English translation from the German), and an overview of the content, background and worldwide dissemination of The Bible, written concisely, but with admirable clarity, by historian Peter Whitfield.

I can say directly that they are both totally absorbing recordings – surprising, fascinating, revealing, shocking and unbelievable in so many ways. Listen to them and they will certainly grip you from beginning to end, and provide an historical perspective that is only too relevant for us today.

My family background is half-Hungarian. Part of my family left Hungary before the war, some immediately afterwards, others clandestinely hidden in a postman’s van under parcels, and yet more during the Hungarian Revolution of 1956. They suffered because of communism or under communism and, understandably, they have no sentimental truck with theory. But listening to the Manifesto now, separated by two decades from the fall of the Berlin Wall, it is difficult not to admire so much of it, and acknowledge that 21st century society continues to face difficulties because issues of nationalism and capitalism have not been resolved.

I came fresh to it (shame that, having studied history at school, it was never on the curriculum – surely it should be obligatory!) and found myself responding positively to so much… until arriving at the bald statement that violence was a justifiable route to change. 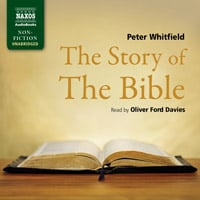 And then there is the background to The Bible. Even if we hold a contemporary atheist’s viewpoint, it is an inescapable truth that so much of our world is bedded in Biblical foundations, from morals to metaphysics, politics and attitudes. Knowing a handful of stories from the Old Testament and the basic life of Christ plus a letter or two from St Paul isn’t perhaps a sufficient platform even in the 21st century. So much literature, music and art depends on familiarity with The Bible, and then there are the religious convictions; a frankly frightening range of extreme hues. Where did it all come from? The whole chain reaction came from The Bible. What Peter Whitfield does is tell the story around the work, where it came from, how it was discovered, interpreted, re-interpreted, changed, translated, protected for the few, printed in many different versions; how language affected the content and the message.

I asked Peter Whitfield to write it because, of course, this is the 400th anniversary of the King James Bible, and however theologians and practising theists may regard it, there is no question that it is one of the great literary texts in the English language. It certainly influenced the use of English for centuries after – and still does.

My message (!) is – don’t be put off by the topic of either. The reading of both texts is as clear as the content. And you will, I am sure, be thinking about them and talking about them for a very long time.