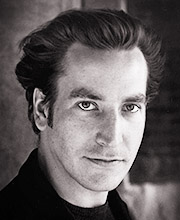 Ronan Vibert has worked for the Royal National Theatre in A Matter of Life and Death and The Mother, and across the country in plays as varied as Secret Rapture and Ninagawa’s Peer Gynt. He has been seen on TV in The Cloning of Joanna May, Jeeves and Wooster and The Buccaneers and his film credits include Empire State and Queen of Hearts.