Voices, Audio Samples, Characters and 3D for the Ear

Voices and reading styles are such personal things. (That is why the digital platform – specifically websites with audio samples – is such a boon to audiobooks.) You know you want to listen to Sense and Sensibility or Treasure Island, but what kind of voice and what kind of interpretation can you hear in your head?

There are so many variables in voice quality alone: to one person, Voice A has a ‘full strong classical voice’; to another, Voice A sounds rather plummy: ‘I couldn’t listen to that for any length of time – give me something easier on the ear!’ 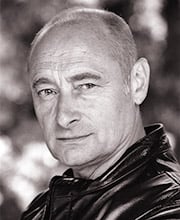 As for interpretation, you could have a classic done in classic style, or one with a more contemporary presence (in film this might be Keira Knightly, for example).

Then again, do you want a reader who can do unbelievable 3D characterisations, making the figures jump out of the CD? Or would you like a gentler approach, where the narrative is all and individual characters are ‘suggested’ rather than fully formed?

All this is crucial when deciding what to listen to, and the character of Naxos AudioBooks is formed as much by the readers we choose as by the titles themselves.

Take, for example, Bill Homewood who recorded a lot for us in our early days and has been doing more of late. He is a man with a strong personality and his readings are just like that. I couldn’t turn off his recent recording of King Solomon’s Mines – it was such a thrill… Boy’s Own from start to finish… I kept on going back to the gym and getting fitter and fitter on the running machine. And most of his recordings are like that… The Three Musketeers and The Hunchback of Notre Dame. You know what you are getting from the moment you start.

So I many of you will enjoy the new digital-only release of his unabridged recording of The Count of Monte Cristo in April.

Neville Jason is quite another talent. A master reader, he casts an urbane reflection on his readings which I find totally compelling, though his characters are just as distinctive. And it is certainly important to choose the reader you like if you are about to embark on Proust’s Remembrance of Things Past!

Neville Jason has recorded this for us, but you may be interested in hunting down an audio sample of the actor John Rowe. Another very fine reader, he started to read the Proust unabridged for Cover to Cover (now BBC Audiobooks) and took a different approach, with a more understated narration, pacing those long Proustian sentences with the calm motion of a long-distance runner.

There is no right or wrong way, of course: you just need to decide for yourself.

Being part of the Naxos (classical music) family, we are accustomed to the notion of performance interpretation of course, but I feel it is a concept that many in the book world don’t really appreciate. Look at the reviews of many recordings in the newspapers, and only on occasions will the performance or interpretation actually be the focus of the article. It is normally the book. I have always found this rather strange, especially with a classic (though of course I’m delighted with the attention we receive!).

Sometimes, it must be said, the performance simply cannot be ignored. Everyone reviewing Sean Barrett’s recording of Cormac McCarthy’s No Country for Old Men was astounded, especially by his Texan, especially as he is one of the finest readers of Samuel Beckett in the studio today (as well as Dickens… and Murakami… just listen to Kafka on the Shore!) 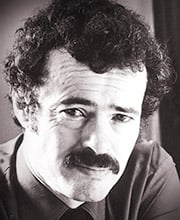 This month we release unabridged Anna Karenina read by Kate Lock. We first presented Anna Karenina some years ago in abridged form, with music, read by Laura Paton. She had an idiomatic feel for the novel and its traditional Russian roots – maybe because of her Slav family background – and she was widely praised. Kate Lock, however, gives the novel a more contemporary feel which some 21st-century listeners may prefer, so I enjoin you to listen and compare!

Audio samples come into their own in other areas. There is a growing amount of free audiobook material available on the web. There are many people out there, without a professional acting background (and some with, but who do not have the opportunity to record for a label), who feel they want to read Robinson Crusoe or Vanity Fair from beginning to end. And they sit in their front room and read, using recording and editing equipment which ranges from the basic to the advanced. Then they create their own website, or find a website to which they can contribute. This is part of the global Internet culture.

Some of these recordings, I am sure, are fine. There are some wonderful amateurs out there (as there are in music); but many I have experienced do show their origins, and a professional quality offers another level.

Of course there may be occasions when you think ‘to be honest, all I want to do is get to grips with the text, and it doesn’t really matter how it is read’. But most of the time it matters very much.

So – make the most of the audio samples! Naxos AudioBooks was one of the first audiobook publishers to have all its titles presented with instantly accessible samples online. You could easily spend a happy hour clicking through a series of samples to get to know different voices.

Almost certainly, you will find an unexpected gem!