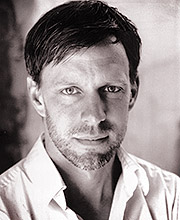 Trevor White’s film and television credits include Genova, Moonshot, Die Another Day, House of Saddam, Bonekickers, The Path to 9/11, Judge John Deed, and The Line of Beauty. His voice work in audiobooks and for BBC Radio include A Million Little Pieces, Revolutionary Road, Azincourt, Bright Shiny Morning, The Great Gatsby and Catch-22, for which he was nominated for an Audible Audiobook Award. He has also played Tullus Aufidius in Coriolanus for the Royal Shakespeare Company.

Titles read by Trevor White
From Shakespeare – with love (selections)