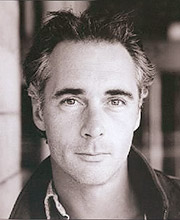 Greg Wise studied at the Royal Scottish Academy of Music and Drama. He has appeared in feature films such as Sense and Sensibility (1995), in which he played John Willoughby, and many films for television, including Place of Execution (2008) and Trial & Retribution X: Sins of the Father (2006). He has also featured in BBC period dramas Cranford (2007), Madame Bovary (2000) and The Moonstone (1996). His stage credits include Richard II and The Recruiting Officer. This is his first reading for Naxos AudioBooks.