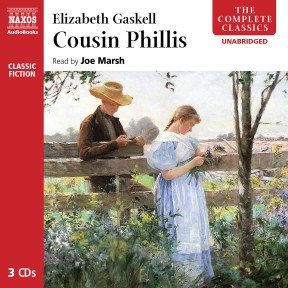 Cousin Phillis – a miniature masterpiece – is set in the 1840s, when the coming of the railway was changing the face of England, and quiet rural communities, coming into contact with the outside world, were changed for ever. The story focuses on the effect these changes have on a naïve country girl, Phillis, as she encounters love, with all its pains and pleasures, for the first time. 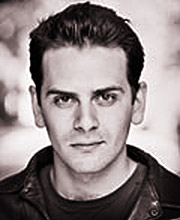 Set in the 1840s, this is a moving story of rural innocence, the pain of lost love and the testing of fierce religious faith. Phillis is her Minister father’s intellectual equal; she studies Latin as she peels the potatoes and her father labours with the men on the family farm. When her cousin’s friend recuperates at the farm and helps Phillis with her Italian, the inevitable happens.

The plot of Cousin Phillis is deceptively simple. It appears to be a story of love – its loss and the impact of that loss on a young country girl, Phillis Holman. The action is limited, and most of the story takes place in and around the farmhouse at Heathbridge where she lives with her mother and father. Mrs Gaskell, however, set her story in the 1840s, a time when England was poised on the brink of momentous change, and the fears, doubts and worries of a whole age are to be found within the four walls of the Heathbridge farmhouse. Phillis’s father, the Reverend Ebenezer Holman, who is the moral centre of the story, has his morality well and truly tested by the events; the old ways of the countryside are threatened by encroaching industrialisation in the form of the railway; the repressive lives of the women within the Holman family, typical of so many females in Victorian times, leave them unprepared to cope with life outside their narrow confines. Phillis’s mother is worn out by domestic toil, and Phillis is dressed and treated like a child by her parents, but she is a young woman and is overwhelmed by the power of her burgeoning feelings of love for Mr Holdsworth. Moreover, her father the Reverend finds that he does not have the strength of understanding needed to help his lovesick child. It is a genuinely realistic and moving portrait of a loving parent frustrated by his inadequacies. The ties that bind together a family, or indeed society – ones that we often take for granted – may be found wanting when tried.

The novella
is the stronger
for the plot
being left at
a crossroads:
nothing will
be quite the
same again

In this story Mrs Gaskell looks at the stresses and strains produced when the new industrial world collides with the old rural one. The author herself saw the approach of the modern age with mixed feelings – partly accepting, she felt also a nostalgic longing for a way of life that had existed in England unchanged for centuries. Rural life in the 1840s was to be dragged, like it or not, into the fast-moving mechanised modern age with the coming of the railway. It is a major theme of Cranford, her most popular novel, and though the railway is still very much on the outskirts of the village in Cousin Phillis, its imminent arrival and the contact it brings with those outside the tight-knit community has a brutal effect.

Cousin Phillis, nevertheless, does not presume that the advancing modern age will inevitably be worse than the present. The Reverend Holman, staunch representative of the old order, cannot help being attracted to the new ideas on farming techniques and mechanisation. He reads textbooks in an effort to understand. It is as addictive as ‘dram-drinking’, he says.

Mrs Gaskell unfolds this microcosm of Victorian England slowly, calmly, and intensely (a review of Cousin Phillis in 1908 wrote of its elusive and delicate charm). While it is a love story, it does not follow a conventional pattern. The narrator, Paul Manning, does not fall in love with his cousin Phillis, as the story’s beginning might lead one to expect, but instead observes and tries to make sense of Phillis’s mood changes for the sake of the reader. He develops into a sensitive guide, observing Phillis with all the love of a brother.

The narrator is not portrayed as being particularly attractive – he is slow and awkward, though quick to realise that Phillis is above him intellectually and, comically, also in her height. He is also unwittingly responsible for bringing about Phillis’s emotional nemesis by introducing his friend Holdsworth into the family. Phillis too is presented as gauche and gawky, outgrowing her childish pinafore; her attractive qualities, although she is seventeen, are essentially those of a child: innocence, freshness and unspoilt natural beauty. ‘A stately, gracious young woman, in the dress, and with the simplicity, of a child,’ is Paul’s first impression of her. The emphasis on her child-like nature explains the devastating effects on her of her love of a modern and worldly young man. Step by step, through Paul’s eyes, we see Phillis fall into a decline as she realises that her love for Holdsworth will amount to nothing. She grows pale and wasted.

But we shouldn’t be too hard on Holdsworth. He isn’t a conventional Victorian villain, but a railway engineer, one who represents the future and is of the new breed of career-driven men. He loves Phillis, but his chosen career presents too many opportunities for his personal advancement and development for him to be held back by love for a simple country girl. He has to be practical. He leaves for Canada no doubt unaware of the devastation he has caused in the young girl’s heart.

The love story assumes tragic proportions as we suspect the inevitable after Phillis’s physical collapse, but Mrs Gaskell was renowned in private life for her sense of humour, and tragedy is prevented by the rough and practical no-nonsense attitude of the old servant Betty: ‘Now Phillis!’ said she, coming up to the sofa, ‘we ha’ done a’ we can for you, and th’ doctors has done a’ they can for you, and I think the Lord has done a’ he can for you, and more than you deserve, too, if you don’t do something for yourself.’ The old ways are perhaps sometimes more effective than the new.

But will all return to ‘the peace of the old days’, as Phillis predicts? Experience cannot be ignored, the world has moved on, the pace of life has irrevocably quickened.

Mrs Gaskell had intended to develop the story in two further instalments showing Phillis in later life, unmarried and doing good works in her little community. The novella, however, is the stronger for the plot being left at a crossroads: we feel that for all the characters in Cousin Phillis nothing will be quite the same again.

It is Mrs Gaskell’s unconventional and subtle approach to both plot and characterisation that puts her at the forefront of Victorian novelists. She reveals how people can have many facets to their personalities, sometimes contradictory and not always working for their own good. Phillis, Paul, Holdsworth and the Reverend Holman are all the more real because of this approach, and Cousin Phillis, concentrating merely on the developing awareness of passion in one central character and examining in detail the suffering it causes, anticipates, as does Dickens during this same period, the psychological novel of the 20th century.