Democracy in America – Equality versus Liberty 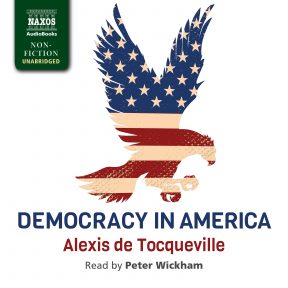 It may seem somewhat ironic that a French aristocrat should have set out to pen a work on democracy, as Alexis de Tocqueville did in the 1830s. The Revolution of 1789 cast a long shadow over the France of the early 19th century as it oscillated between different political systems. The monarchy was restored in 1824 with the succession of Charles X, who subsequently attempted to restore the ancien régime of pre-1789. Though a noble, Tocqueville had been mentored by those in the liberal opposition in France and saw the decline of the aristocracy as irreversible, eschewing the restoration of aristocratic privilege. Charles X’s reactionary rule resulted in a further revolution in 1830 and the establishment of the ‘Bourgeois’ monarchy with Louis Philippe installed as ‘King of the French’. Despite reservations, Tocqueville swore an oath of allegiance to the ‘Citizen King’, but a concern that his career (and that of his friend Gustave du Beaumont) would be restricted to minor officialdom led him to secure state sponsorship (but no money – this came from their families) for a mission to America, to study the prison system.

Tocqueville had political ambitions, later realised, and it is likely that he felt that the American trip would give him a competitive advantage in his future career. And he clearly felt that there were lessons to be learnt from the New World that might benefit his home country. At that time almost all white males in America had the vote – unlike France with its electoral constituency of around 200,000. Based on interviews and travels during his time in America, the first part of Democracy in America appeared in 1835, with Henry Reeve’s English translation following in 1838.

Tocqueville saw American society as equal – its fabric imbued with an egalitarianism absent at that time in Europe. This equality was both political, which had occurred with some speed, and also social. However, there is a concern running through Tocqueville’s writing that this political equality ran the risk of sacrificing liberty. Though it may seem counter-intuitive, he made an argument that the unfettered supremacy of popular democracy may well result in a new form of tyranny. He had an innate distrust of absolute power, even in the hands of the popular majority, and a fear that such a system would end up in totalitarianism, enabled by almost too much democracy. Americans, whom he found materialistic and ‘out for themselves’ would allow this to happen, by – through their financial independence – becoming disinterested in good governance. This was somewhat coloured by his view of Andrew Jackson, elected as President in 1828, which was – somewhat pointedly – that the mediocrity of America’s politicians started at the top. In this election year one wonders what Tocqueville would have made of the current incumbent of the White House.

Despite its prescient predictions in several areas, Tocqueville’s book has wavered in and out of fashion over the past 185 years. In more recent times his writing has been cited in speeches by President Clinton and Newt Gingrich, as well as Hillary Clinton in her famous book It Takes a Village. Its relevance today reaches far beyond students of political science and far and wide into the world of mainstream media and politics. However, in 2020, it is arguable that for many the central questions surrounding liberty – and indeed equality – still remain to be satisfactorily answered.