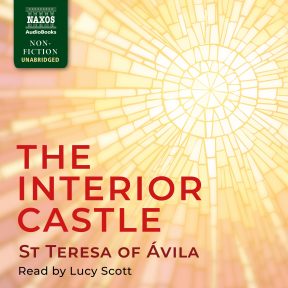 There is some difficulty when trying to craft a precise definition of mystic literature. In a basic sense, any writing that manifests a deeply religious attitude or insightful experience can be categorised as mystic. However, although mysticism can be areligious, in western culture it has been particularly associated with Christianity and often alludes to exceptional and direct experiences of Christ. This is the case with the anchorite Julian of Norwich who, apparently close to a premature death in 1373, experienced a series of 16 visions or ‘showings’. Against all expectations she survived and some decades later she set about exploring her deathbed experiences, resulting in the text that is known today as Revelations of Divine Love. The work is notable not only because of its female authorship (though that is remarkable for the time), but also for the honest reflection and interpretation of the author’s own visions, and the feminine imagery surrounding God. Throughout the writing there is a sense of comfort and reassurance as Julian depicts a forgiving and beneficent God, arguing that this should encourage us to live a better life rather than allowing us to sin with impunity.

In all three writers is a strong sense of the importance of contemplation, in many ways an alien concept to us in the 21st century

Moving forward two centuries, Teresa of Avila’s The Interior Castle has had a similarly far-reaching influence on later generations. In what is essentially a guide to prayer and spiritual development, she portrays the human soul as a castle in the shape of a diamond. The castle (or soul) is divided into seven mansions, which are presented as a progression towards a state of grace. Only when the soul is calm can it receive the gifts bestowed by God.

The Interior Castle is an intensely personal account of Teresa’s own spiritual journey which goes through three phases: the first is being cleansed of sin, the second is enlightenment and the third is unitive, in which state the soul knows itself to be the chosen by God. Phenomena such as revelations or visions should not be sought or, if they do occur, cherished.

This last point is picked up by Teresa’s compatriot and fellow Carmelite, St John of the Cross, who is best known for his work The Dark Night of the Soul. Like Teresa he describes the often painful journey of detaching oneself from the world in order to eventually achieve a union with God. In the dark voyage the only source of light is from the soul.

In all three writers is a strong sense of the importance of contemplation, in many ways an alien concept to us in the 21st century. This may explain the current popularity of these writers, and mystical literature in general, as we look to past ideas for answers germane to the present.